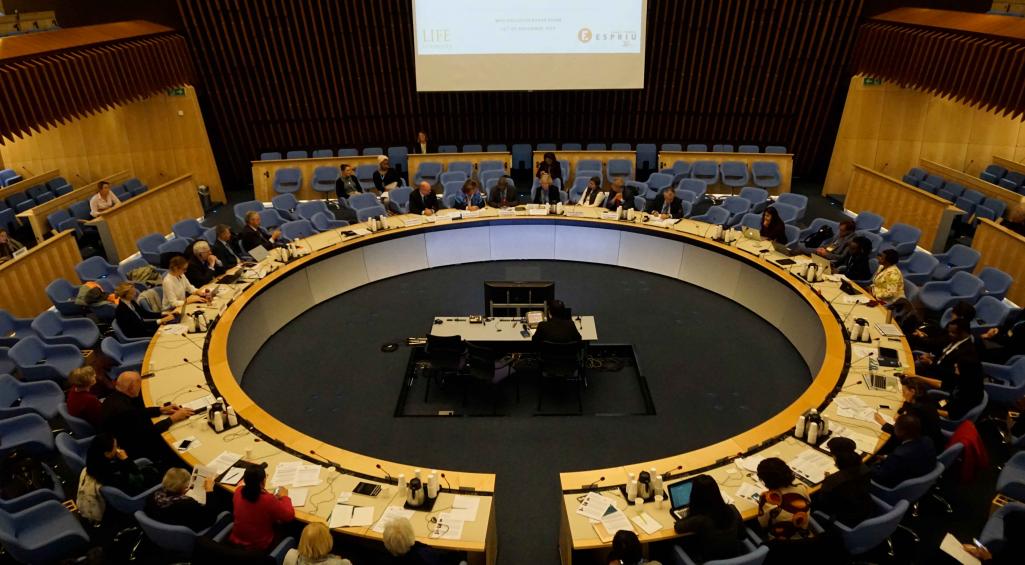 Carlos Zarco, General Manager of the Fundación Espriu, presented the advantages of cooperative companies in the health sector at the WHO headquarters

The Fundación Espriu, represented by its General Manager, Carlos Zarco, took part in the Global Forum on Health Promotion that was held in November at the head offices of the World Health Organisation in Geneva. The Forum, co-organised by the WHO and Alliance for Health Promotion, debated the general topic: Health promotion: the critical route to achieving Universal Health Coverage.

During his intervention, Dr. Zarco celebrated the recent political statement approved by the United Nations Assembly regarding Universal Health Coverage and he presented the advantages of cooperative companies in the health sector. “Cooperatives are an efficient business model that can be a highly suitable organisational instrument to move forward the recommendations made in the UN’s political statement in specific actions that improve the population’s health cover,” Zarco explained, who is also the chairman of the International Health Cooperatives Organisation (IHCO).

Dr Carlos Zarco, during his presentation at the head offices of the WHO in Geneva to talk about health cooperatives.