She takes the position over from M. Teresa Basurte, who has been the cooperative’s leader since 2007

SCIAS, the organisation formed by the policy holders of Assistència Sanitària and owner of the Hospital de Barcelona, renewed the members of its governing board at its general ordinary assembly held on the 15th of June. In addition to the re-election of Antonio Pineda and Rosa Sota as work associates, Francesc Ayala, Patricia Cabré, Jesús Ferrer and Antonio Figueras were incorporated as consumer associates and Xavier Gasch was re-elected. In accordance with the articles of association, at the subsequent meeting of the new governing board its members unanimously elected M. Àngels Font as the board’s chairwoman.

A policy holder of Assistència Sanitària and member of SCIAS since 1996, Font developed her professional career in the financial sector, with responsibilities in the internal organisation of the company, specifically in the human resources area. In the cooperative field, she has formed part of SCIAS’ cooperative team; she has held different positions on the governing board since 2009 and she also forms part of the governing board of Coopconsum (Federación de Cooperativas de Consumidores y Usuarios de Cataluña/Federation of Consumer and User Cooperatives of Catalonia). 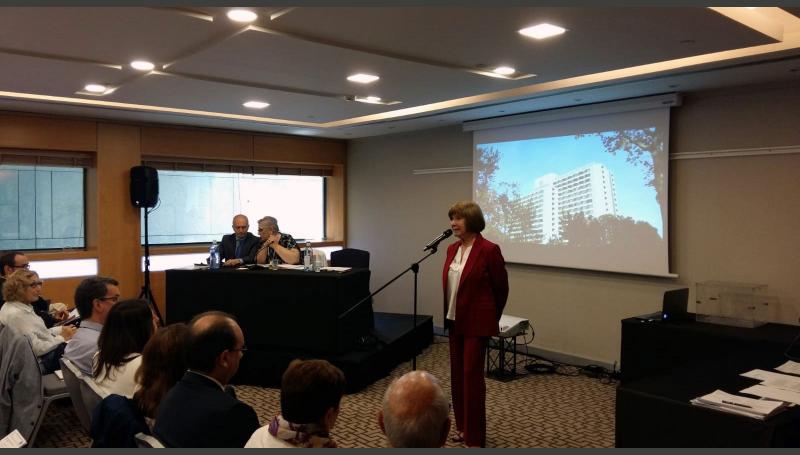 Ms. Font took the floor at the General Assembly of SCIAS, held in June (right), and during the Christmas dinner of the companies belonging to the Assistència Group she thanked her work associates for her election as chairwoman (below).

After her election, Font wished to acknowledge the important work carried out by her predecessors in the position and she took on the commitment to continue working “with eagerness and a sense of responsibility”, in “a unique organisation”, to guarantee the best healthcare and the values of excellence represented by SCIAS.