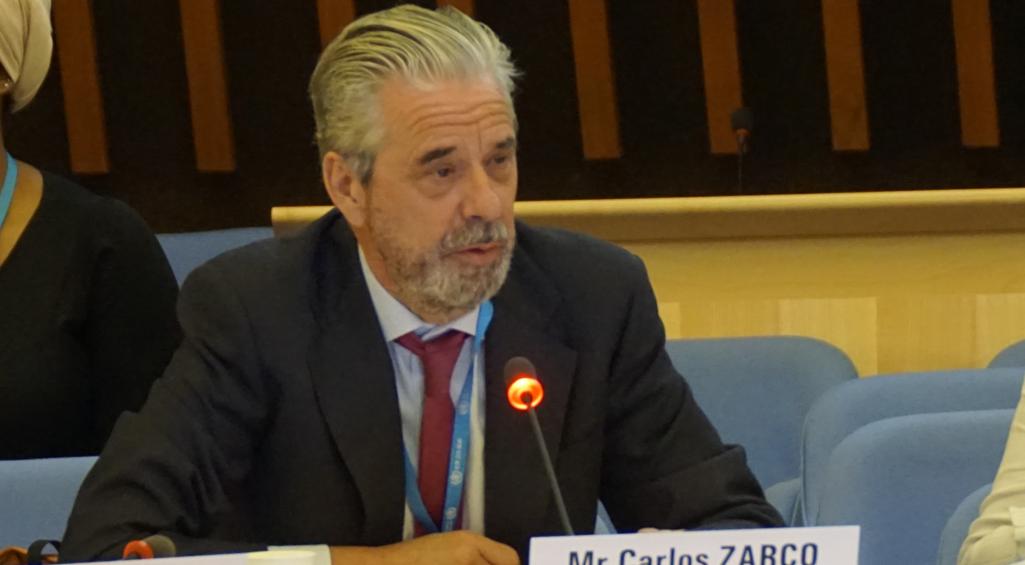 Carlos Zarco, re-elected as chairman of the IHCO

The International Health Cooperatives Organisation renewed its confidence in the Director of Fundación Espriu to lead the international promotion and development of healthcare cooperativism.

The director of the Fundación Espriu, Carlos Zarco, was re-elected as Chairman of the International Health Cooperatives Organisation, IHCO, during the assembly held by the organisation on the 27th of October. Dr. Zarco, who will take on the position for a four year period, was elected as the Chairman of the international organism for the first time in November, 2017.

Along with him, the Japanese member, Hotaka Hara and the Argentinean Ricardo López will form part of the governing board as Vice-chairmen; and the Colombian, Gilberto Quinche and the Brazilian, Marcos Cunha will be Directors.

After the voting had concluded, Dr. Zarco showed his gratitude to the participants in the assembly for placing their trust in him once again, as well as his satisfaction to be able to continue with the work of international promotion and development of healthcare cooperativism.

The assembly, which brought together delegates from Canada, Italy, India, the Philippines, Brazil, Argentina, Japan, Colombia, Spain, Cameroon and Kenya, agreed on the work plan for the year 2022, which is centred on deploying the potential of the cooperative business model in the healthcare sector as a development element of health systems.