17 goals for people and the planet

The United Nations has launched the decade of action to promote the Sustainable Development Goals and to meet the commitments agreed upon for the year 2030.

This is the decade of action and results. Five years ago, all the Member States of the United Nations launched an ambitious plan to achieve 17 Sustainable Development Goals (SDG) as part of the 2030 Agenda.

Each goal has specific objectives that must be reached over the next 10 years. The first is an end to poverty, followed by zero hunger. Guaranteeing health, well-being and quality education; achieving gender equality, clean water and sanitation are other SDGs proposed by the Members States in the agreement of September, 2015.

But five years on, the UN considers that, in spite of the progress made, this is not enough and if we continue along these lines, the Goals will not be reached within the planned time limit. The world is not on the way to eliminating poverty over the next 10 years and 55% of the world population still has no access to social protection.

The latest report denounces that for some Goals the situation has worsened and it is asking all the countries to step up their efforts to meet the goals marked out within the planned deadline of a decade.

Additionally, the number of people suffering from hunger has increased, as reported by the UN Goal 3, guaranteeing a healthy life and promoting well-being of everyone at all ages has been improved, but the 4th goal that is attempting to achieve a fair, inclusive education has not been attained. Regarding climate action, the average world temperature in 2018 is approximately 1ºC higher than the pre-industrial base line and the natural environment is deteriorating at an alarming rate, according to the latest UN report in 2019, which denounces that the last four years have been the hottest on record and a million species of plants and animals are in danger of extinction.

For all these reasons and to speed up the change, at the Summit on the SDGs in September, 2019, the world leaders requested a decade of action and results to reach the Goals on the planned date, 2030.

But the States are not the only ones that have to get to work. The large international corporations, the small and medium-sized companies in all the sectors and each of us are all responsible for reaching these goals. They know this at the Fundación Espriu, which brings together the cooperative companies Assistència Sanitària and Asisa. From the very beginning, the Fundación Espriu has been committed to the SDGs and they already form part of the principles and values that make up the foundation’s DNA. 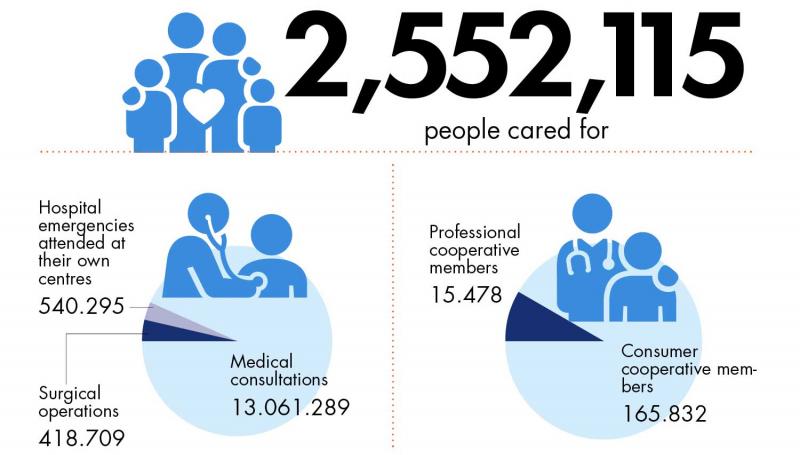 17 goals for people and the planet
In depth